Posted on February 27, 2013 by portertinsley

I’ve been infatuated by HDR since I first saw shots in Outdoor Photography Magazine years ago. I didn’t understand how to create them, or why several exposures of the same frame allowed crazy detailed results.

I still don’t, in entirety. Here’s a great example of why HDR is inspiring to me – image from Mike Olbinski photography (http://www.mikeolbinski.com/):

The photo below was taken from Greg Clure Photography, and was the winner of the Peter Lik HDR photography contest (http://gregclurephotography.blogspot.com/2011/06/from-edge-with-peter-lik-photo-contest.html). It’s what “pure stunning” looks like: 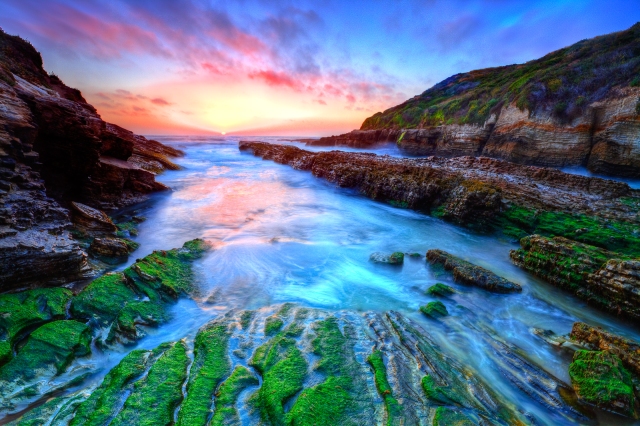 Going back to saying that I don’t understand HDR: I mean, I understand the fundamental concept of it, but to be specific: I don’t grasp the “why” part of why you can’t achieve the same result by just simply merging all layers of different exposures in the first place, or why you need a third party plug in until just very recently (CS6 provides HDR but after using it I much prefer Nik Software’s HDR Efex Pro 2. Photoshop’s tools feel kind of clunky.)

I remember taking a series of photos years ago with my then-girlfriend and trying to figure it out later that night in her various editing programs. When it didn’t work we gave up – and the idea of spending 100 bucks on software was absurd. It wasn’t until my last trip to Yosemite and capturing an amazing pink sunset that I really set my intention on developing an HDR photograph. The one below was my first attempt. The colors came out great, but the overall composition is terrible. 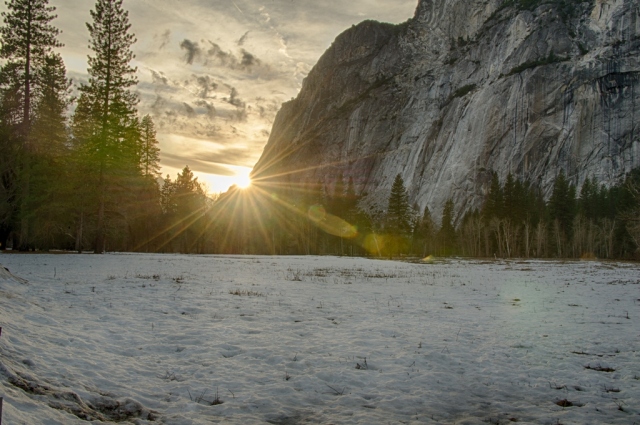 Michele and I set out to capture the last sunset we had in Yosemite from one of the bridges near the Awhanee Hotel but realized quickly it was a bad position. We walked to the next bridge down where I grabbed a few interesting shots but the real score was to be set up across a meadow as the sun set just behind El Capitan. I sat in this meadow for at least an hour. Man it was cold. 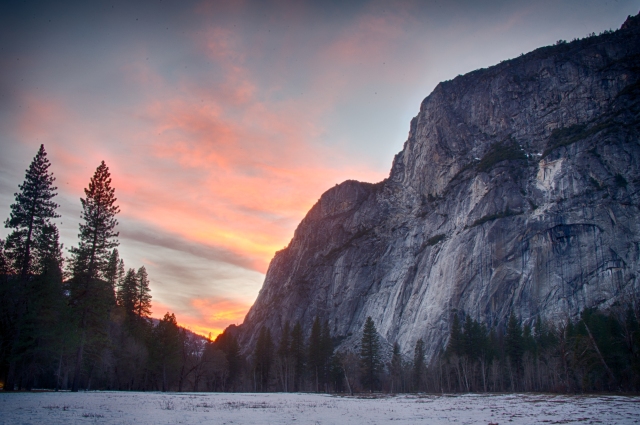 I did, however, get to watch the sky go from yellow to an ugly kind of brown/rose color and then finally to a deep pink and I can’t complain – it was a great show. The last photo below is included as a more dramatic example of HDR, though I prefer the one above. 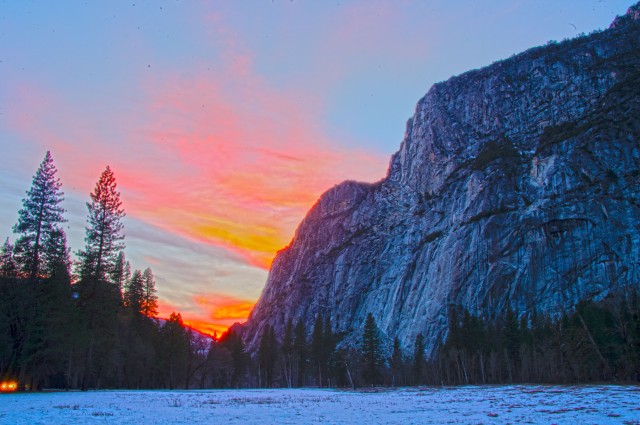 This entry was posted in Photography and tagged Efex Pro 2, HDR, i did it!, Nature, nik software, nikon, oooooo colors!, Peter Lik, Yosemite. Bookmark the permalink.